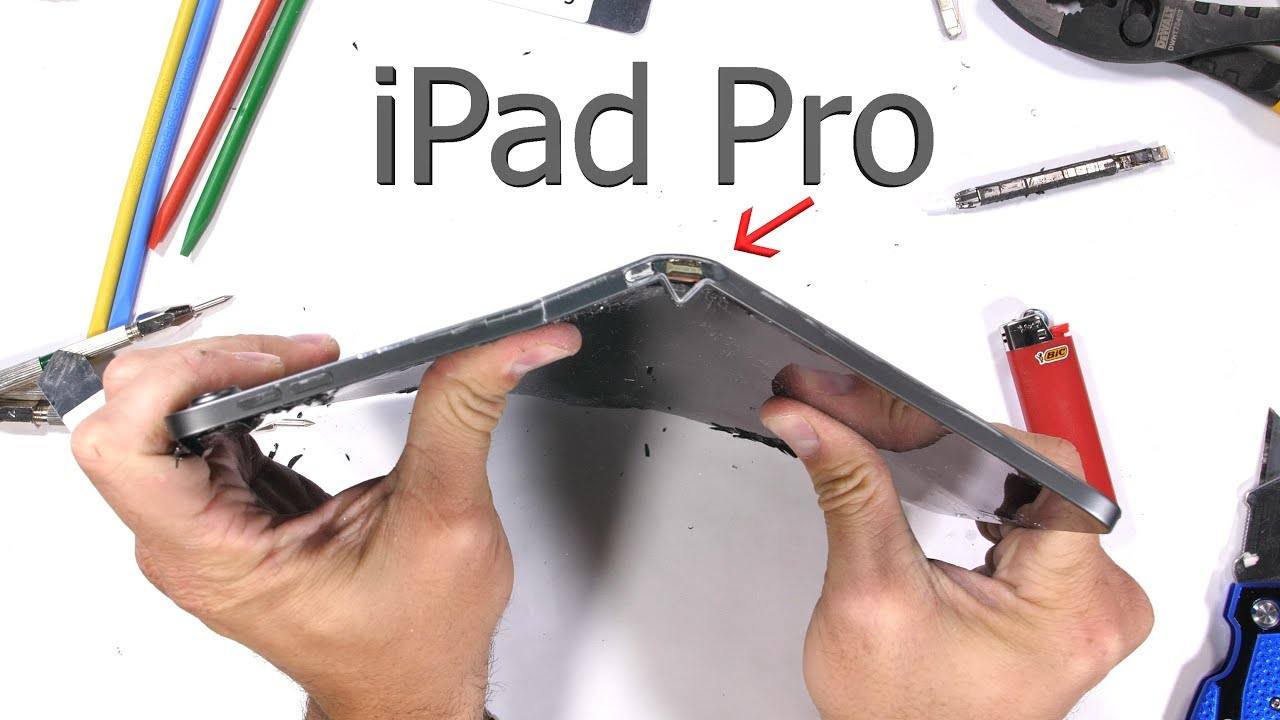 It has not been one month since Apple launched its latest iPad Pro models. It has been found that the nearly bezel-less iPad Pro models are prone to bending issues.

In a durability test video by the famous YouTuber JerryRigEverything, iPad Pro models bent when a slight force was applied to it. Many new iPad owners also took to MacRumor’s forum to complain about the bending of the latest iPad.
Apple’s new iPad Pro is the first iPad to eliminate the iconic Home button and has Face ID to unlock the device. Apple has also worked on the aesthetics of the iPad making them just 5.9mm thick.
JerryRigEverything has also posted a bend test video of iPad which shows that iPad has the potential to bend when some force is applied. In fact, the iPad broke into two after moderate force was applied to it.
You can watch the video for yourself
Apart from the YouTuber’s video and a minuscule of complaints, the issue does not seem widespread as of now. Devices of this size are prone to bending when some force is applied. Real world experience could be different for different users depending on their handling of the device.
If iPad Pro models are bending during the regular usage, then it could be a major issue which needs to be addressed. We are yet to hear from Apple about the bending complaints.
This is not the first time when Apple’s products have bent on applying some force. iPhone 6 Plus received massive criticism from the users after it was affected by the BendGate issue.