How to Detect If Your Cellphone Is Being Tapped, Tracked,... 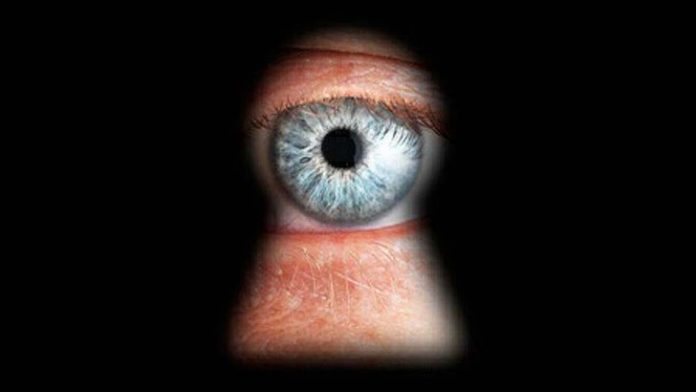 If you have ever done any reading on the nature of mobile threats today it’s likely that you have heard of hidden spyware apps on Android or iPhone in the past.

These are apps that can compromise data on your phone, steal any passwords that you submit and even record conversations using your phone microphone.

Learning how to find hidden spy apps on your phone can be an easy process when you are armed with the right knowledge. In this article, we will teach you how to find a spy app on your phone by recognizing a few signs for concern:
Battery Drains Way Faster: If you start noticing that your battery charge is going down much faster on standby mode than ever before, that is a possible strong factor to keep an eye out for.
Don’t forget that batteries slowly diminish with time and after a year, it certainly will not have the same capacity and performance, but if it changes from one day to another, especially when you are never utilizing it or turning on the screen, something is wrong.

It could just be the battery or the fact that you installed too many apps! But, since spy apps can utilize the camera, microphone and have to often send data back, it could cause for fast battery draining.

Data Usage Increase: If you notice that your data usage is going up, yet you have been spending less time or no time online, this can be due to a few factors.

Recently installed apps that stay running in the background, some other malware on your phone, or spy apps. Monitoring apps have to constantly report back, and older or cheaper services often use way more data than they should. If the person monitoring you is constantly using the video camera or microphone or downloading your data, it will likely be felt on your monthly data usage. T

his could be a tricky one, since it requires you to know how much data you regularly use over a basis of many months to really get a clear picture. There are plenty of apps available for Android, Apple and all other mobile platforms that help you manage and track your data usage, both on your data plan and Wi-Fi.

Unusual Signs: Depending on the service used by the perpetrator, it can be less effective at being stealthy. Some buggy apps can cause the phone to crash and stop responding, or shutting off even on full charge.

Really bad ones will fail to conceal the flash or record light when using the camera, while in-use lights might come on if the microphone is activated.

Anything out of the ordinary that becomes regular is enough to consider and look further, but don’t freak out, all of these fit the bill as being strictly technical problems with the device. These little things can vary but some of the main ones are:

Top quality software manages to effectively hide these messages and ensure the device never actually receives or alerts of them in the inbox, but the bad ones don’t. If you start regularly receiving SMS’s that don’t make sense and possibly contain series or random letters, numbers and/or symbols, it may be someone on the other end sending the phone remote commands.

Static Noise / Feedback on Calls: Once again, don’t freak out, as this is very common to happen on many calls, but if you constantly get feedback and static on many of your calls, at the least, your device needs some form of repair.

Just a few years back, many monitoring programs would utilise conference call technology in order to eavesdrop on calls, but since the technology has advanced and only a few service providers still utilize that system. The downside is that it can cause echo and feedback, easily detected on calls. If you hear voices or beeps on a regular basis, you might want to consider checking it out.

Jailbroken iPhone: For Apple users, apps cannot be installed unless they are sold on the Apple Store, and therefore jailbreaking iDevices became common practice by many users, especially the techy ones.

Ultimately, you jail break your iPhone in order to be able to install 3rd party apps and software that you would otherwise not be able to, or would have to pay for on the store. In order to install a tracking app on the iPhone or iPad, it has to be jailbroken, therefore if you discover your iPhone was, but you had nothing to do with it, that’s a red flag that someone around you could have done it, unless it was a pre-owned device, which in that case, it could have been done already.

There is an exception to this rule, with services from mSpy or Mobistealth, which allows for similar monitoring to be done on iDevices without jail breaking by using iCloud backups instead. They keep track of everything that iCloud can backup. It’s not as extensive, not nearly, and also has to be configured properly, but it’s an alternative none the less.
Rooted Android: Even though it’s not required to root your Android to install tracking software, it does not mean that many people don’t do it for that specific purpose. Some functions are limited to rooted Androids only. Sometimes, third party applications like WhatsApp, Skype and full keylogging (saves every key typed on keyboard of phone) can only be accessed, monitored and logged if the device is rooted. With that said, don’t completely dismiss verifying if your cell phone or android tablet has been rooted without your knowledge.
Rooting your Android provides a multitude of advantages, especially for the more techy or advanced users, so it can be that it was rooted for legitimate reasons, especially if you purchased the device from someone else, as oppose to new in box. Read on here for more information about rooting, the advantages of doing so, and the difference between this and Jailbreaking,
How to Detect If Your iPhone Has Been Jailbroken
There are a few common apps used after you jailbreak apple devices that can help you quickly detect if your iPhone may have been tampered with. These extra Apps are used to actually download all the free apps you want.

Cydia is the most used of them all, but some alternatives exist, such as Infinity Installer, Cyder, and iNoCydia. If you see any of these application icons on your iPhone, iPad or even iPod and are certain you never had a friend jailbreak it for you, someone else must have.

Very often, the person doing this will be tech-savvy enough to delete the icons, but if you quickly learn how to search in your directories, you should be able to find them. A great and easy tip, is to try using the search feature on the phone  for “Cydia” or some of the alternatives, if the app icon has been hidden, but the app is still installed, it should come up in the results.

For any of these signs to represent a risk of spy apps being installed on your cell phone, it would require a combination of them starting to appear suddenly, one symptom alone would not be enough to raise any doubts.

Once you have gone through this checklist, if you do have any suspicion, it’s time to pass to action and get rid of those unwanted programs.