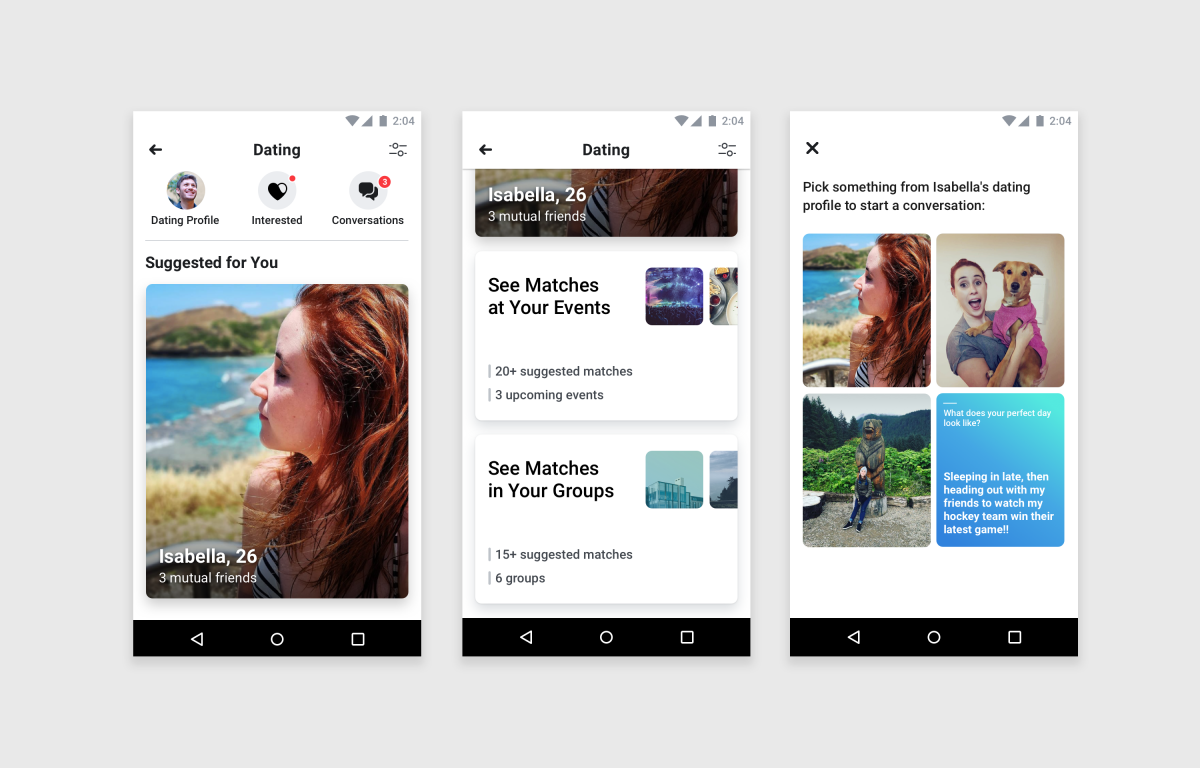 Social media giant Facebook on Thursday, announced that its dating service was launching in Canada and Thailand, and as well bring, will bring new features to the service.
The Silicon Valley based social-networking network first launched the Dating service in Colombia in September this year. The dating service which is available to Facebook users who are at least 18 years old minimum is the company’s answer to dating giants like Tinder, Match and OkCupid.
To determine a users age, Facebook won’t need the age the user provided in his or her profile. Facebook will take into account the age of the users friends before deciding whether to give the Facebook user the option to sign up or not.
Though the Facebook Dating service has launched in Canada and Thailand, it won’t allow users to match with anyone at the moment as Facebook wait for more people to sign up before the service fully goes live.
Facebook’s Dating service doesn’t have a standalone app, but instead, makes use of the core Facebook app to provide the services.
According to Facebook, the Dating service is intended to help users find serious partners rather than casual matches as seen on other dating platforms.
Facebook Dating service works this way; when a Facebook user sees someone they like or have interest in, they send the person a message — which is like an answer to a question that is on the persons profile. If the sender is fortunate and the recipient responds to the message, a conversation has been established. However, if the recipient doesn’t respond, the sender won’t be able to send a second message unless he or she gets a response to the first message.

Read: How To Access Windows 10 Sticky Notes From Anywhere?

The launch of Facebook Dating service saw the addition of two new features which includes the ability to temporary pause matches and the ability to take a “second look” at potential matches a user previously declined.